Whilst supporting local businesses is front of mind for a lot of us nowadays and there are more and more independent vegan eateries popping up all over the place, sometimes you just need the convenience, speed and comfort of a chain restaurant but know which are the best restaurant chains for vegans can be tough.

High street chains also provide super useful when eating out with carnivores, meaning everyone can be catered for in one place.

By and large, most chains now have options available to plant-based eaters, with some expanding their offering to whole dedicated vegan menus. No need to fear picking a place to go for lunch with your carni-friends, our guide to the best chains for restaurants is here!

See our pick of the best 10 highstreet restaurant chains for vegans below:

A family favourite, known for their Asian cuisine, Wagamama is a great place for vegans to dine. Alongside delicious, vegan small plates such as Vegan Sticky Ribs, Bang Bang Cauliflower and Vegan Chilli Squid they have modified some of their fan favourites.

Oh yes, vegan Katsu is on the menu and there are multiple different versions. Tuck into Yasai Katsu with deep-fried aubergine and sweet potato or try their newest option; the Vegatsu, a fried seitan version. Both come in normal or spicy options.

The Wagamama menu has 23 vegan options as well as 7 dessert options, so you won’t be stuck for choice.

Comforting, easy and quick, pizza is always a good shout and Franco Manca is one of the best for vegans.

For a long time, that concept was not only unheard of but seemed impossible – well no longer! Additionally, every pizzeria will have a specific vegan special available too!

On their menu, they have an offering of 6 vegan starters and 18 mains which include 1 risotto, 1 salad bowl and 16 pizzas. The pizzas are made with a variety of veg toppings as well as Quorn meat substitutes and offer vegan alternatives to classic pizzas.

They also have 2 different vegan sorbets to finish off your meal! 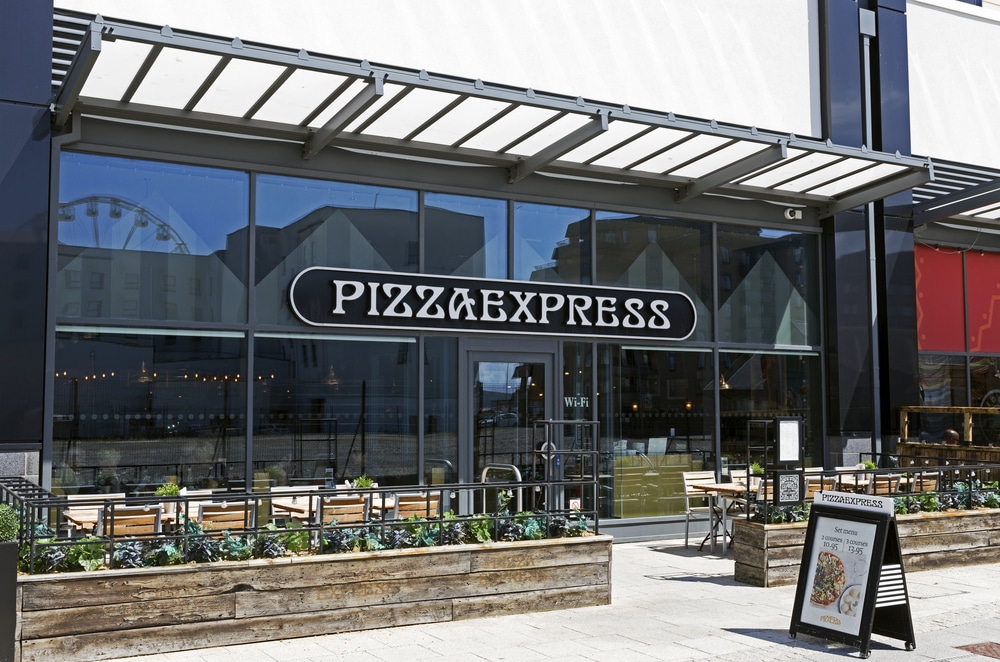 A British university classic, Wetherspoons has always been a reliable old friend and now with their expanded vegan offering, it’s true for plant-based eaters too.

Alongside standard vegan fayre, such as chips, onion rings and jacket potatoes, they now have a wider selection of food. The dedicated vegan menu includes a vegan full English, Quorn nuggets, roast veg pizza, a quinoa salad, a five-bean chilli and 4 curry options; perfect for taking advantage of their curry-club meal deal.

They also offer a vegan Beyond Burger as well as vegan sides such as curry sauce and mushy peas. Proper pub grub, just vegan!

A chain restaurant often found in situ nearest your local cinema, Chiquito, have stepped up their vegan selection in recent years.

You can now choose from 4 vegan mains and 2 vegan desserts as well as the vegan Loaded Wedges starter. The mains include paella, enchilada, corn ribs and a banana-blossom burger, so not just your standard vegan offering.

The second Asian-cuisine chain on the list, Itsu boasts an impressive vegan offering, with 40% of their menu being vegan.

For most chain restaurants, that is a wildly high number but it means vegan customers will never go hungry. Their menu is full of fresh, fusion flavours, building on classic ingredients such as tofu and veg.

Their gyozas are also a delight to go alongside their vegan noodle, rice and salad bowls. Perfect for a nourishing, on-the-go vegan lunch! 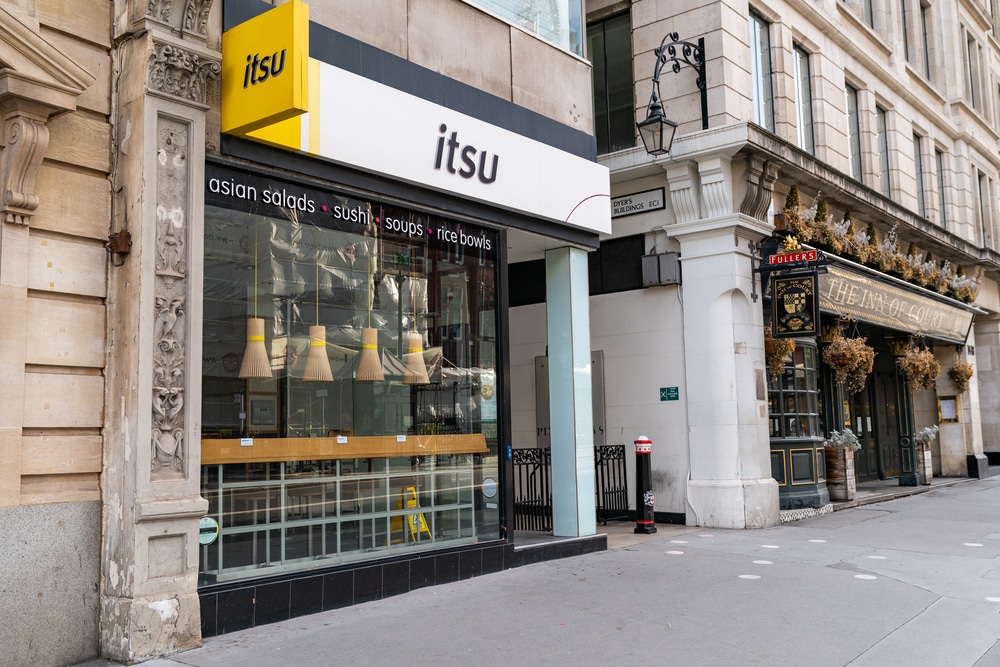 The cheekiest chain on the high street, Nando’s have recently expanded their options for vegans. Whilst chicken-fillet alternatives haven’t been introduced yet there are still plenty of tasty treats in store.

Handily labelled as “plant-based” there are 3 vegan starters, and ‘The Great Imitator’ which can be ordered in a wrap, pitta or burger, a vegan rainbow bowl salad, 7 vegan side options and 1 vegan dessert. Additionally, there are many sauce options including the Peri-jam, Peri-ketchup and Lemon and Herb Mayo.

The American-Italian New York style diner chain, loving known as F&B’s, is often a go-to for a quick and satisfying dinner, offering pizza, pasta and salad as well as cocktails and heavenly desserts. 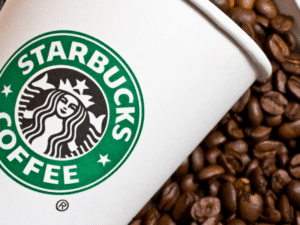 The Beetball Hero Sub, Meditteranean Lasagne and Arrabiata Pasta options stand out as the meals to try out if you’re missing your meaty Italian favourites. The dessert offering also deserves a spotlight here as 5 mouthwatering options are nothing to be sniffed at; personally, the Oreo Cake and Chocomisu are a delight.

Whilst there’s a lot of fine dining experiences to have as a vegan, sometimes nothing but a big juicy burger will cut it.

Gourmet Burger Kitchen is an excellent vegan option when the hankering for a burger hits. With 5 vegan burger options and numerous vegan sides, you can get your fix without feeling guilty.

They offer alternatives to both beef and chicken patties along with falafel and bean patty options as well.

Often scoffed on a train concourse or grabbed on the go in the centre of town, Leon is known for its bright coloured branding and range of veggie and vegan choices. Their Vegan Mushroom and Cheeze Breakfast Muffin is the hangover-cure of the gods whilst their lunchtime selection doesn’t disappoint either.

There are 5 lunch options that include the famous LOVe Burger and a Grilled Aubergine Plant Box. 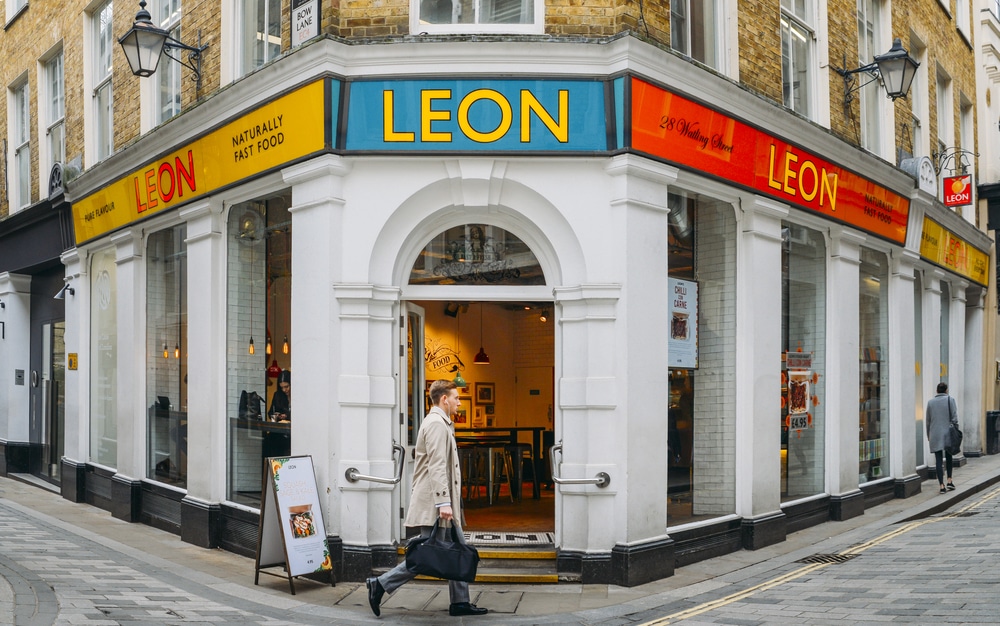 Now you know which are the best restaurant chains for vegans, are you a little thirsty? Well, if you’re looking for something to wash down your dinner, take a look at why Gin is vegan and my guide to drinking alcohol as a vegan.