People have become used to buying meat for pennies. It’s as if having access to meat at rock bottom prices is a human right. It’s not! Meat should be a luxury food item that you treat yourself and your family to. It’s time everyone stopped buy cheap meat.

Why Is Cheap Meat Bad?

The list of reasons why cheap meat is bad is extensive. From the planet to your health, all are impacted by the farming and buying of cheap meat. So why is cheap meat actually bad?

The most obvious reason why cheap meat is bad is that the way animals are treated is abhorrent. For cheap meat to remain profitable, farmers need to cram as many animals into a confined space as physically (and as legally) possible. Farmers also have to find a way of turning over huge quantities of animals each year.

In a chicken factory farm, for example, each chicken will live in a space smaller than an A4 sheet of paper. They are prevented from performing natural behaviours such as dust-bathing, pecking and scratching and are pumped up so quickly that they are ready for slaughter when still a baby. 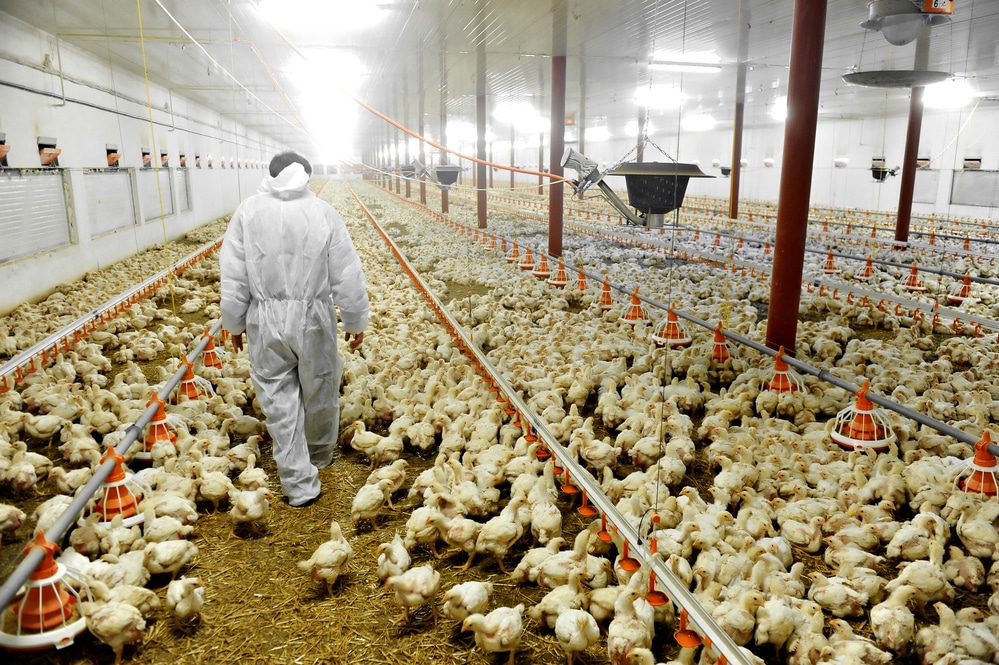 It doesn’t improve for pigs where over 90% of all pigs are kept indoors for the majority of their lives. Over half of all sows are kept in farrowing crates whenever they give birth, completely restricting their movement. You know that image of pigs bathing in mud, naturally, you have in your mind… Forget that!

The story is similar for cows – both dairy and beef. Although in the past nearly all cows were grazed outside, this is actually changing with more and more “Restricted Grazing” farms popping up across the country. That’s right… We’re heading in the WRONG direction. 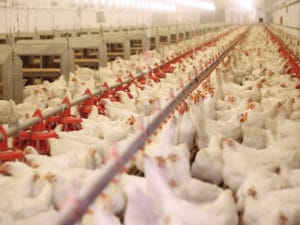 Flavour takes time to develop. The problem with all intensive farming is that it is a race against the clock. Farmers need to churn through animals in order to secure a profit because they’re selling their meat at bargain-basement prices.

Harmful to the Planet

Worryingly, the list of ways that cheap meat impacts the planet is extensive and the reasons outlined below are not exhaustive:

Cheap meat is often fed grain feed as opposed to grass. This grain is usually soya-based and is often shipped in from countries such as Brazil. Farmers in those countries are cutting down acres of the Amazon rainforest to make room for their soya crops. 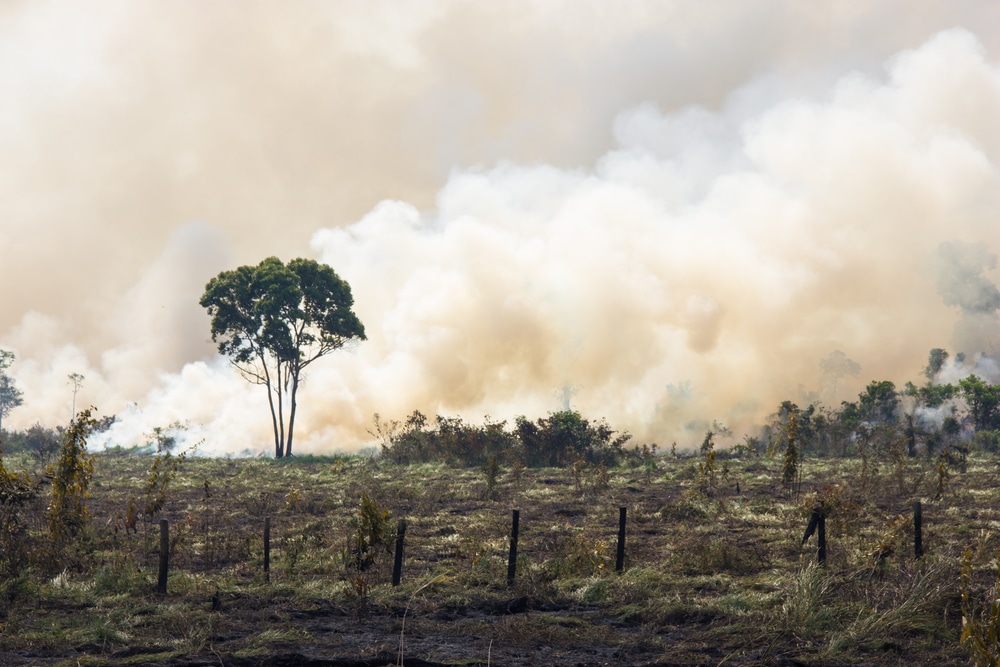 Clearing forests to make way for crops is also killing wildlife, from insects through to large cats. If something manages to survive the deforestation, they then have to contend with the cocktail of chemicals that are used to fertilise the crops.

It’s no secret that factory-farmed animals are pumped with antibiotics. What you may not know is that close to 75% of the world’s antibiotics are fed to farmed animals which some scientists claim is the cause of rising antibiotic resistance in humans.

Factory farming is a double-edged sword here. Because animals are crammed into enclosed spaces, diseases are rife so antibiotic use is high. Animals farmed in large, open fields are far less likely to contract diseases and, therefore, the use of antibiotics is kept to a minimum.

So what is the solution?

Cheaper cuts, anything with bones or slower cooking. Whole birds are cheaper than cuts so learn how to butcher a chicken.

Why You Should Always Buy a Whole Chicken

If you’re going to buy higher welfare, free range chicken then always opt for a whole chicken. Every whole chicken comes with two breasts, two drumsticks, two thighs and two wings. By buying a whole chicken, you’ll save money and give yourself plenty of options.

You can either cook it whole (then use the carcass to make stock). Any leftover meat on the bird can be shredded and used in pies, pasta sauces and sandwiches. Or you can joint the entire chicken to give yourself 8 individual pieces of chicken (this video from Gordon Ramsay will help). 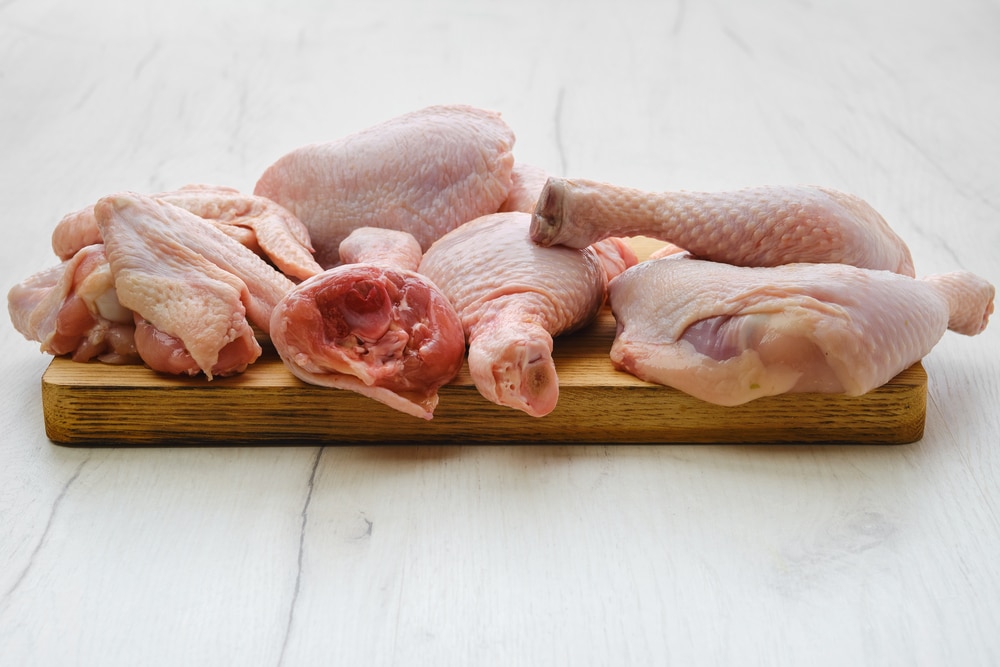 Buying a chicken in 8 parts from a good-quality butcher will set you back between £17 and £20. Buying a whole chicken of the same quality will see you pay between £11 and £14.

Any meat cuts that need to be cooked low and slow will always be cheaper than those cuts which are marketed as being premium such as fillet steak or lamb chops. There are a number of cuts of meat which are great for cutting costs whilst buying high welfare:

This doesn’t mean you must always buy these cheaper cuts of meat but if you want to enjoy meat 3, 4 or 5 days a week whilst keeping to a sensible budget then these cuts of meat can help your money to go much further.

If you can’t afford to buy the best quality meat for every meal then try bulking the meat you can afford up. Lentils, rice, vegetables and breadcrumbs can all be used to make meat go that little bit further.

When making cottage pie, shepherd’s pie or bolognese; try using equal quantities of mince to lentils. As the sauce is cooked, the lentils will soften and blend in with the mince. You’ll probably notice the lentils if you cooked the dish, but they’ll go unnoticed if you don’t tell anyone else!

Vegetables are also an easy way to bulk up pie fillings and stews. If you don’t want big chunks of noticeable veggies then try grating them into your cooking. Grated carrots, courgettes, beetroot, swede, celeriac and potatoes can all be used to make meat go that little bit further.

Where to Buy Good Quality Meat

You might think that buying higher welfare meat is a challenge but it really doesn’t have to be. There are a few options available to you for buying meat:

There are countless benefits to visiting a local butcher. The first is in the name… They’re likely to be local and with that comes local knowledge. Many butchers will source their meat as locally as possible and can tell you the provenance of the meat.

The other benefit is that they are human. If you need advise on how to cook a particular cut, are looking for cheaper cuts that won’t break the bank or need a specific piece of meat then dealing with a real, human being can have its clear advantages. 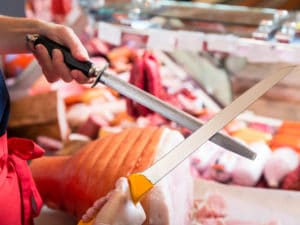 There are a number of UK-based online butchers who only supply British meat. Steer clear of any who focus on low prices and cheap meat. Instead use online butchers who push high welfare, free range and heritage British breeds so that you know you’re getting the best quality meat available.

Online butchers such as Farmison, The Ethical Butcher and Field & Flower are all worth considering.

They will be more expensive than popping down to your local Tesco. If you opt for the cheapest of the cheap beef mince, you could pay as little as £1.50 for 500g in Tesco. The same quantity from Farmison will set you back £6.50.

Some farm shops can be a little hit and miss because they are farm shops in name only. Instead, although this may seem a little obvious, only visit farm shops that are attached to actual farms. That way, you know that they know what they’re doing and what their intentions are.

Unfortunately, not everyone is in a position to be able to buy the highest quality meat from their local farm whether that’s financially or geographically. But even taking one small step in the right direction is good for the animals, your health and your palate.

If you’ve previously bought an indoor-bred, medium chicken from the supermarket for £3 then why not try taking the step up to free range. It will cost around £6 for a whole free range chicken.

Cheap meat should never have become the norm. Consumers are now so used to seeing whole chickens at £2.50 and beef mince at £1.50 that trying to persuade the majority to start paying upwards of £10 can be a shock. But that is the way it should always have been.

Meat is not a right. Meat is a luxury product and it should be treated as such. It’s time to stop buying cheap meat and to start buying outdoor-bred, grass-fed, high-welfare, British meat. 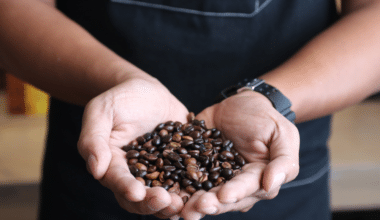 Read More
Who enjoys a daily coffee at breakfast time, in your break at work, or even on the run?…
SShopping 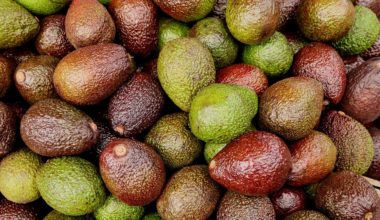 Read More
You might not realise it but avocados, one by one, are destroying the planet. Of all the fruits…
OOrganic

Read More
There’s no denying that organic food is more expensive than foods that have been sprayed with countless chemicals.…
BBuy Local 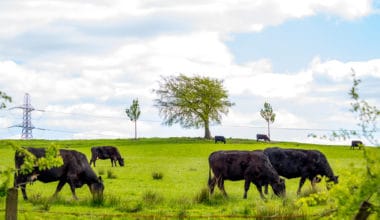 Read More
When the Focus is on a new and more sustainable way of living, we ask if the consumption…
BBuying Meat 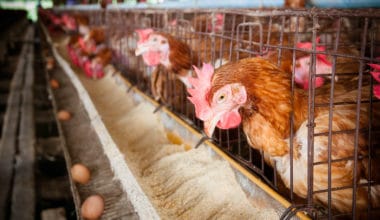 Read More
In the UK, the food production industry runs into a billion figures every year, with reports stating that…
SShopping

Read More
Anyone who enjoys eating meat will often as whether butchers meat is better than supermarket meat. Here’s why…